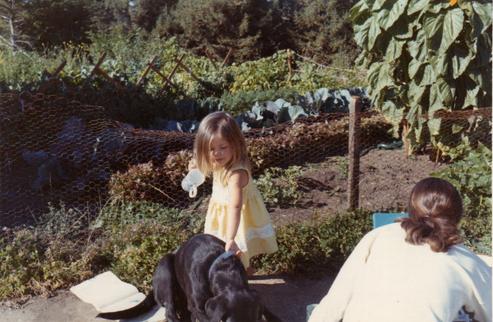 Born in Jacksonville, Florida, 1940,  I am a self  taught artist.  My teachers were master artists whose work I first discovered in a local museum, exploring after a class in puppet making .  My first memory of a full size Masterpiece, is staring up at a dark and stormy painting by El Greco.  I was totally absorbed in his expression of an incredibly powerful Moment,  feeling the power of it;  wondering what the story of it truly was,  seeing my own story forming.  I was 9, I  think, when I became aware of the art of painting.

Painting illuminated my vision, opening my perceptions of reality, infusing me with their expressions of Life.   Through out my childhood  I drew with pencils and later with pen and ink.  In my teens I painted with watercolors and worked with oils in my 20's.

In 1968, I returned to painting, exploring dimensionality and phrasing concepts as images.   Acrylics became my chosen medium and in 1973   I collaborated with my then partner Joel Kramer, on his book, "The Passionate Mind",  also creating  the pen and ink drawings which reflect the essence of each chapter.

In the early '80s, one of my closest friends was Leonilde Carabba, a successful European painter from Milano, Italy.  She introduced me to new materials and techniques, encouraging me in my newly focused identification as a painter and artist. In those years she was instrumental in my learning to see the validity of experimentation and play in the dialogue of creative expression  - and painting as a process.

In 1984, while experimenting with techniques and materials  I discovered a way of working ink and acrylic which interfaced in the crystalline and ‘molecular’ level of my materials.  The interaction I  saw  was exquisite in detail and dimensionality.   Later, I began to take macro photos on my paintings in order to share this vision .

I was a member of the Bolinas Artists Cooperative in the '80's, and later, the Bolinas Museums' Living Artists Project,  the Marin Arts Council, and the San Francisco Art Commissions registry.      In   1993,  “Awakening in The House of Man” won 3rd Place award in the MarinCounty Fair Fine Art Exhibition.

...1997, immediately after a month long Retrospective Show, 20 of my major works were badly damaged or destroyed in a large fire.   My focus on painting intensified and my participation in showing waned.

... 1999 I discovered 3-D glasses which operated in a new color based technology and  began to incorporate that 3-D perspective into my work.  In spite of the obvious drawback of using 3-D glasses,  I love this dimensional expansion.  The micro dimensionality I developed in the ‘80s merged with this macro vision in the 21st century  ;-)

...April  2007, I had a major show of my current work with my good friend D.L. Springer & his sculptures, at the Bolinas Gallery.  Our Opening included the simultaneous opening of my first website .   www.DoraCornwall.com       And,  my painting, 'Koan",  became part of a permanent collection at the Arese Palace inCesano Maderno (near Milano), Italy, as one of the "1000 Artists At The Palace" permanent  International Show , opening April, 2009.

...August, 2015 I have created and published  this New interactive website, which I will update with my new work  and  additions for my  'Reflections' page.

I hope you will enjoy visiting.    <3Light and Life to you.  dora

update: am working with my 4th.  keeping up , always behind!