I'd say 'Radical Islamic' No Go Zones- the Islamic Training Camps, Our Public Schools teaching IslamicWahhabism* and Sharia  Law*  In America- the 'Land of the Free' ?-  qualify as Subversive Activity...and I am sure there Are United States Laws prohibiting such behavior.   (* Wahhabism - Wikipedia   *Sharia Law  )

CULTURAL JIHAD  :   "The spread of Islam is not a new phenomenon.'  Ever since Muhammad's troops fanned out from Mecca in the 7th century, Islam has been spreading globally. Islam's Cultural Jihad on Western democracies is a recent, accelerating  trend. Most likely, funded by Globalists, led by the Muslim Brotherhood and other Islamic groups endeavoring to maximize the spread of Sharia Law.

From Wikipedia, the free encyclopedia :     https://en.wikipedia.org/wiki/Subversion

"Subversion (Latin subvertere: overthrow) refers to a process by which the values and principles of a system in        place are contradicted or reversed, in an attempt to transform the established social order and its structures of power,  authority, hierarchy, and norm (social).  ... Following penetration, and parallel with the forced disintegration of political and social institutions of the state, these loyalties may be detached and transferred to the political or ideological cause of the aggressor"."     full article is best read.             This Is orthodox Islam.  Sharia Islam.  This Is How Islam  Infiltrates and Takes Over Nation after Nation :   Their 5 step Program - a Must Read :   http://www.billionbibles.org/sharia/islam-expansion.html            Dr. Warner names it..."Before Muhammad the middle east was Christian.   The intent of the Crusades was to restore the Christian Nations of the Middle East... Iraq was Christian, North Africa was Christian, Egypt, Turkey were Christian, Persia was 1/2 Christian...Before Islam."  An integral basis of Islam is:  the Spreading of Islam Through Migration Into Other Cultures;   wearing the 'Good' mask/face of a peace loving  Islam [meaning: Submit], while working from behind that, from Within the culture, to Subvert and Instill the teachings of Wahhabism and Sharia in all educational systems.    [ Wahhabis believe that all those who don't practice their form of Islam are heathens and enemies. ], etc.

Brigitte Gabriel - Because They Hate (Part 1)

Brigitte Gabriel Is an Incredible Woman... I give Thanks  for her works.  God Bless you Brigitte.

Our Hero, President Donald J. Trump. Standing UP for All Americans, saddled with past & present Corruption, wrestling The Forces of Darkness To Lead US into a Better World.  God Bless and Keep You Well.

CULTURAL JIHAD  :   "The spread of Islam is not a new phenomenon.'  Ever since Muhammad's troops fanned out from Mecca in the 7th century, Islam has been spreading globally."

Islam's Cultural Jihad on Western democracies is a recent, accelerating  trend. Most likely, funded by Globalists, led by the Muslim Brotherhood and other Islamic groups endeavoring to maximize the spread of Sharia law and R.Islam in the targeted societies.  To minimize detection and push-back, they Hide - behind their women & children, within the Islamic Silent Majority. Free to attack the most vulnerable in host cultures, with bullying, rape gangs and threats, enjoying being 'out of control' in the physical destruction of Western Cities and Culture, free to brutalize Children, Women & Men,...with Globalist backing.                       (Unfortunately, the globalists wear many masks ...and gloves.) 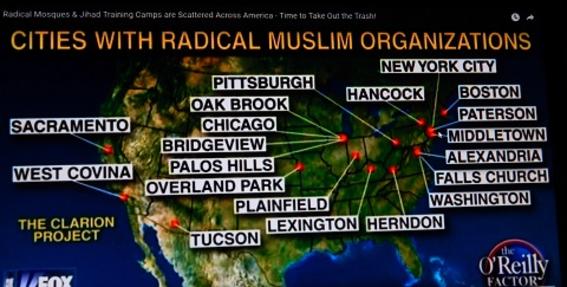 America was shamed once again by it's petty press, the media coverage of our First Lady, on her first solo trip representing America abroad.  They were antagonistic and unfriendly, derogatory;  using the opportunity to attack her husbands' policies and actions, putting her on the defensive.  Basically, ignoring her own intelligence, impressions,  goals and experiences on her first journey as First Lady, to these countries.

I am most disappointed there was Not One media representative for the millions of Americans who appreciate this fine Woman And Her First Family.  Recon I am a Bit Ticked Off as well,  the 'American' Media Disrespects America and  Insults American Womanhood with Its' Treatment of Our First Lady (Our President and the Whole First Family) -  Who obviously takes her position seriously and Does Take the High Ground Every Time.   I am filled with admiration for her 'grace and dignity under fire',  throughout.  She is a wonderful representative for American women, all of us.  She does us proud and should be greatly respected, deeply appreciated.  She is the most outstanding First Lady I have seen in my 78 years.

Therefore, I am making the observation:  the media that CALLS ITSELF  The American Main Stream Media...Does Not Walk like an American...Does Not Talk like an American...& is actually TransNational Corporations which Act as subversive Enemies of America... Constantly on the Attack.  Deriding, Divisive, Creating Civil Unrest Sowing Dissension at every opportunity,  like the spider of Brussels,  a U. N. Front organization, minions all, of a Clique pushing and manipulating Humanity into slavery and death - Globally, through False Masks, Flags and Subterfuge.  Shame lives in you, poison pins,  not Newsmen.

​HADITH:   collections of proported quotes of Muhammads' words- are not centralized so search is up to you.